Today we are closed.
Call us on

Floaters are shapes which people can see drifting across their vision. The exact form of these is very variable they may appear as small dots or irregularly shaped strands.

The eye is filled by a jelly-like substance, the vitreous. As the vitreous ages, strands of a protein called collagen become visible within it. These strands swirl gently when the eye moves, giving rise to the perception of floaters. In some people, usually over the age of 40, the vitreous can separate from the retina. When this happens it tugs on the retina, causing the eye to see flashes of bright white light. A sudden increase (shower) of floaters is usually seen at the same time. This is called posterior vitreous detachment and may lead to retinal detachment. 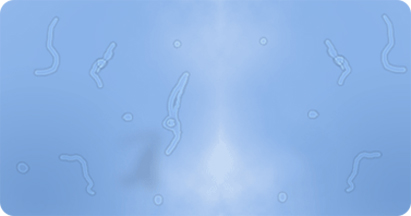 Generally people should not be concerned about seeing one or two floaters in their vision, particularly if they have been there for some time. A sudden increase in the number of floaters, especially if you also see white flashing lights, is seen with posterior vitreous detachment. If you see this you should make an urgent appointment for an eye examination or go to A&E to ensure you are not getting a retinal detachment.


Can Floaters be Removed?

It is technically possible to remove floaters by performing an operation to remove the vitreous; a vitrectomy. Unfortunately, this operation carries significant risks to sight because of the possible complications, which include retinal detachment and cataract. Most eye surgeons are therefore reluctant to recommend this surgery unless there is a threat to sight.

There are a number of causes of spontaneous flashing light sensations in the eye. They often occur when the vitreous tugs on the retina. These flashes can appear off and on for several weeks or months. With age, it is more common to experience flashes. Usually they do not reflect a serious problem however if you notice a sudden appearance of flashes you should consult your optometrsist immediately as this may indicate the onset of a retinal detachment. Flashes of light that appear as jagged lines or "heat waves" in both eyes, often lasting 10-20 minutes, are different. This is probably an opthalmic migraine caused by the spasm of blood vessels in the brain and often occurs without a headache.